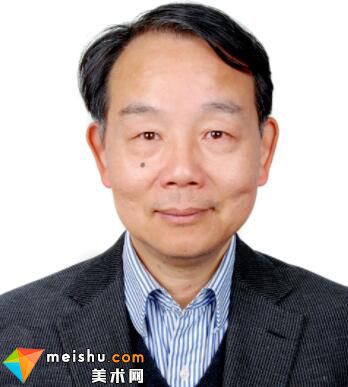 He graduated from Tongnan Normal School in Chongqing from 1975 to 1978.

From 1986 to 1989, he graduated from the Department of Fine Arts of Southwest Normal University by correspondence.

Since 1989, he has been an art cadre in the West District Cultural Museum.

In 1991, Xiaolan Tiandi was selected as the second exhibition of art cadres in Sichuan Mass Art Museum and Culture Museum.

In 1999, the Chinese painting "Song of Autumn" was selected as "Selected Works of Chinese Fine Arts" from 1978 to 1988, and other works were selected as "Selected Works of Chinese Fine Arts" for more than ten years and published works for decades, and published a personal monograph "Wang Jianguo Painting Collection". The biographies of the works include Selected Works of Chinese Fine Arts, Exhibition of Famous Calligraphers and Painters in the Contemporary World, Contemporary Chinese Fingerprint Works, Contemporary Calligraphers and Painters Works, and Celebrities List of Contemporary Chinese Art Circles. Sichuan Daily and Panzhihua Daily have special editions. The Chinese painting "Jie" won the silver prize of the 1997 Hong Kong Return to Chinese Painting and Calligraphy Exhibition, and the Chinese painting "Sunflower" won nearly 100 prizes such as the bronze prize of the World's First Calligraphy and Painting Exhibition held in New York, USA. Hundreds of works have been exhibited and published at home and abroad, and many of them have been collected by hundreds of collectors in China. Other works have been collected in the United States, Singapore, Malaysia, Hong Kong and other places. Invited to visit Thailand, Myanmar, Singapore, Malaysia, Hong Kong and other places.

In February 2009, Wang Jianguo, member of Panzhihua City Literature Federation, executive vice-chairman of Panzhihua West District Literature Federation and curator of the West District Cultural Museum, published the collection of Yiyi Paintings by the Chinese Literature Federation Publishing House and issued by the Publishing Department of the Chinese Literature Federation. The title of the book is inscribed by Mr. Zhou Tienong, Vice Chairman of the Standing Committee of the National People's Congress. It is divided into three sections: traditional Chinese paintings, calligraphy works and chronicles of artistic activities, with 106 pages in full color. He was awarded the title of "Master of Contemporary Art" in the National Calligraphy and Painting Exhibition, and won more than 10 gold, silver and bronze prizes.

In the mid-1990s, he was invited to visit Singapore, Thailand, Myanmar, Malaysia, Hong Kong and Macao for international art exchanges. Works donation hope project, Liu Shaoqi Memorial Hall, Zhou Enlai Memorial Hall and so on. Some works have been collected by national leaders and overseas people.