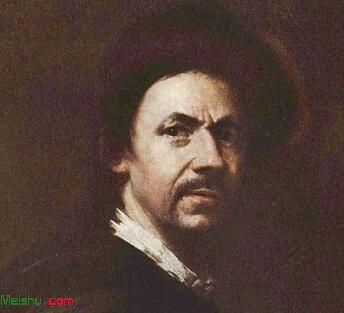 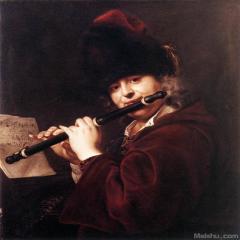 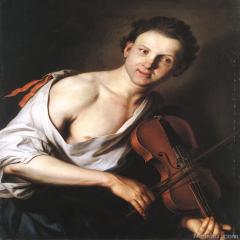 Kupecký, like many people at that time, was the son of Protestant (Czech Brethren) parents from Bohemia(specifically Mladá Boleslav) who sought refuge in Slovakia (constituting the core of Royal Hungary at that time) from religious persecution by the Catholics. He was born in Pezinok - a town near Bratislava.

According to the sources he began his studies with the Swiss painter Benedikt Klaus, who was active in both Vienna and in Royal Hungary. At the age of twenty, Kupecký went on a long Italian study trip. In Rome Prince Aleksander Benedykt Sobieski, the son of the Polish king John III Sobieski, helped him to become famous. He returned to Vienna in 1709, after twenty-two years spent in Venice and Rome. We know very little of his Italian activity as well as his early works and his setting in Vienna.

According to his contemporary biographer, the Swiss Johann Caspar Füssli, the Protestant Kupecký, who faithfully clung to his ancestor's religion, remained withdrawn and isolated in Vienna's Catholic milieu, which was under the influence of the court and the aristocracy. However this concept is partly contradicted by the fact that the master had significant courtly commissions while working in Vienna. He painted portraits of various members of the dynasty, Prince Eugene of Savoy, several aristocrats, and, inKarlovy Vary, even of the Russian Czar Peter I. The rich oeuvre of this period comprises a series of gorgeous portraits of Kupecky's family, friends and the painter himself, as well as several persons, whose identity in unknown.

In 1733 Kupecký, fearing religious persecution, fled from Vienna to Nürnberg with his family and worked there until his death in 1740. As the most significant portrait painter of contemporary Germany, he was commissioned by a large number of German princes, church dignitaries rich merchants and scholars, and his works were popularized by engravings even during his lifetime. Through his pupils and followers Kupecký's influence and artistic example remained alive and widespread for a long time.

Although Kupecký spent most of his life outside his homeland, he always considered himself a Czech painter。