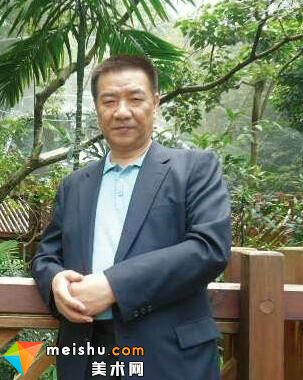 Dai Shilong, our country famous artist, was born at Shandong to not have 1952 younger brother. Division broads from our country famous artist assist gentleman; Work is the subject matter such as dragon of painting of flowers and birds in traditional Chinese style, courser, day more, gu Yixin of the body that draw wind, belt holding labour concurrently is written, simple and honest and beautiful, pure and fresh elegance. Have the essence with Chinese painterly tradition already, suffer Dong Ying's artistic effect again, both be in harmony is one furnace, bring out the best in each other, a pure and fresh energy of life gives fully in elegance of natural and graceful.
It is Chinese artist academician now, china loves to become aware Luo Hua sends artistic seminar vice-chairman newly; China of institute of art of university of Tianjin finance and economics draws lab director, professor, association of Japanese China artist is standing director, director of alliance of complete Japan wash. Mr Dai Ceng Yan is repaired, discourse on an academic subject, the life is peripatetic at Japan nearly 20 years, make effort and contribution to promote Sino-Japanese culture art to communicate a career. Have many work exhibiting domestic and internationally, publish, bear the palm or be collected, publication picture collect a variety of.
In the history of vicissitudes of life that draws development in China, enjoyable picture and labour strokes are mixed in abstraction there is different style in providing an elephant; One of be versed in strokes regards China as traditional traditional Chinese painting important category and kind belong to, it is expressional object with specific thing, went out to have the objective figure with distinctive schematic art through traditional writing and skill creation, communicate a specific artistic interest and aesthetic concept; Enjoyable picture is to use succinct calligraphy or drawing to depict scenery, even if pen brandish is aspersed, chinese ink colour flies upwards, relatively the verve that is versed in strokes can reflect place to depict scenery more, also more can forthrightly the affection of express author, past dynasties painter is in both between the location that searching oneself ceaselessly, mr Dai Shilong uses him to be comprehended to art distinctly, the gold that finds oneself between freehand brushwork in traditional Chinese painting and traditional Chinese realistic painting characterized by fine brushwork and close attention to detail breaks up a dot, in the picture of painting of flowers and birds in traditional Chinese style of Mr Dai, work with Jing Ya and clever style is passing through to be manacled spatio-temporally, setting of our common in the life a lot of life of a few painting of flowers and birds in traditional Chinese style, was locked up to be in with paintbrush by Mr Dai the instant, became an appearance of an eternity, mix with infinite imagination to the person thinking, the content of the chunk face such as stone of arboreous, hill is resembled, the many calligraphy or drawing with freehand brushwork in traditional Chinese painting, and the part such as the eye of the bird, mouth is much be behaved with center spirit law with the pen. Plus colorific apply colours to a drawing, fashioned appeal dye-in-the-wood, lasting appeal boundless, colour the artistic effect with dazzing, a long time ago artistic conception. Picture body spirit has both, have very high artistic value.
Artistic trait
Mr Dai Shilong is good at contemporary painting of flowers and birds in traditional Chinese style, courser and Mo Long; In creation lieutenant general contemporary ability law is mixed traditional ability way is clever union, no matter from with Chinese ink, colour, artistic conception, the respect such as verve achieves the artistic attainment of pure Qing Dynasty, formed oneself the characteristic with pure and fresh and refined, very lasting appeal. His painterly and artistic nobility is elegant, cheesy and elegant, embellish of the guileless that draw wind is beautiful, line of his traditional Chinese realistic painting characterized by fine brushwork and close attention to detail flies upwards fluent, free and easy and strong, unconventionally graceful of calligraphy or drawing, craft is adept, "God " , " form " , " meaning " , " gas " hold concurrently and get, all without exception shows the artistic strength that reveals his massiness and remarkable imaginative power, this results from the observation of the meticulous in a subtle way that he resembles to nature content, the ceaseless ginseng that reachs pair of life, art is realized.
Artistic chronological table
Was born at Shandong to not have 1952 younger brother.
Took an examination of Tianjin academy of fine arts from Harbin suburb 1974, painting of flowers and birds in traditional Chinese style draws squad squad leader;
Graduation stayed 1977 school teach to draw staff room at China, assistant, instructor;
Attended college of cropland of Japanese early rice 1987, renwen learns an art history researcher;
At Japan Jing Gang held first 1988 exhibit;
Mr He Puzun attended 1989 " high-quality goods of a person of academic or artistic distinction of Chinese contemporary painting and calligraphy is exhibited " publication picture collect,
Accompany Mr Puzun to should visit university of early rice cropland;
1990 at Japanese Tokyo silver hold exhibit, visit the imperial art academy austral Japan;
Applied for 1000 Xie Minghai universities of Japanese 2004, very diligent instructor;
Homecoming taught to draw lab director at China of institute of art of university of Tianjin finance and economics 2006,
Professor.
2012 by Chinese artist association formal offer is a member.